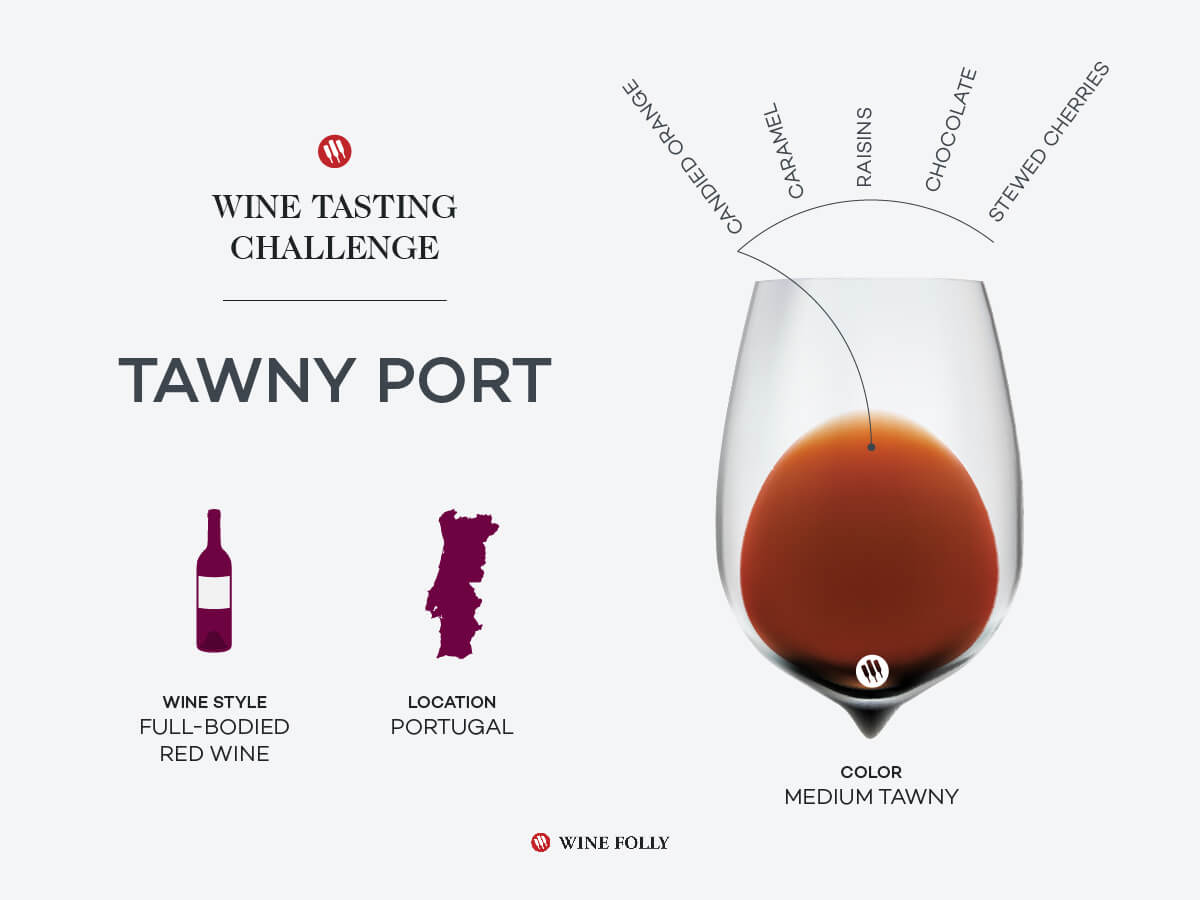 As far as fortified wines are concerned, Port is probably the most famous. And all this from a climate region that shouldn’t be able to grow anything at all, let alone the grapes that create some of the richest, most memorable wines in the world!

This week, we’ll be tasting Tawny Port, and discussing the inhospitable region that’s led to this highly prized dessert wine.

Like the Spanish Sherry that we tasted previously, Port is a fortified wine, meaning it’s been fortified with spirits. This allows for a higher body and alcohol content, leading to a rich (and intoxicating) experience.

A key difference, however, is that while Sherry tends to be dry, Port tends to be sweet. That doesn’t mean that it lacks variety, however. There are several styles: from Tawny to Ruby, and even White and Rosé Ports!

And that’s to say nothing of all the classifications in between.

For this week’s challenge, we tasted a Tawny Port – one of the most common styles of Port, but still has a terrific level of variety that makes it a little different from one bottle to another. 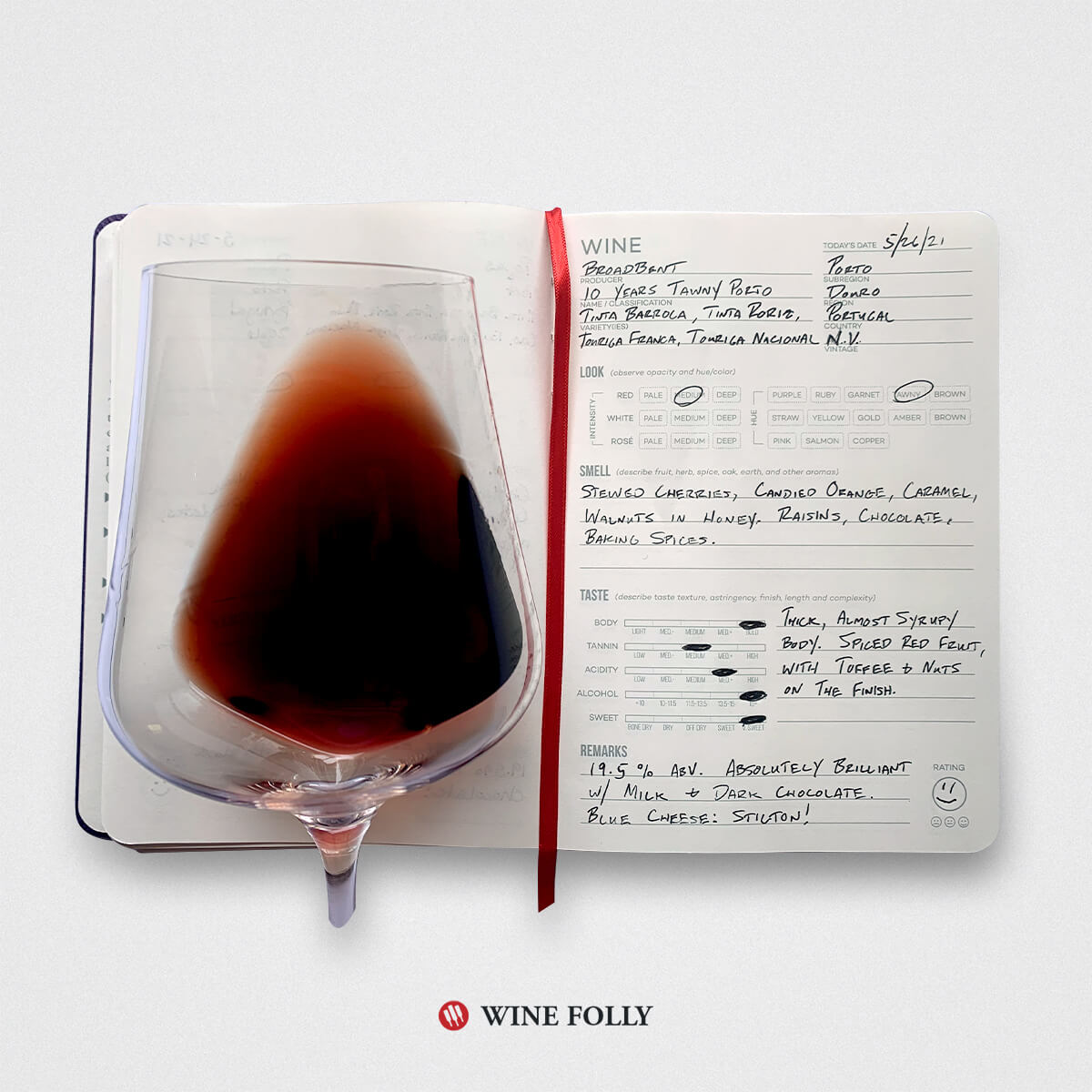 On The Palate: A thick, almost syrupy body. Notes of spiced red fruit on the attack: like Christmas dessert. Toasty, toffee, and nut notes on the finish.

Food Pairing: We happened to have some milk and dark chocolate on hand, and both were brilliant pairings with this Port. It should also go perfectly with salty cheeses: maybe some Stilton!

What We Learned About Tawny Port

Port is probably the most well-known and well-liked fortified wine in the world. In 2013 alone, over 8.7 million cases of sweet stuff were shipped all over the world.

And while Portugal itself has a variety of climates and terroirs to choose from, the Douro Valley might take the cake in terms of a climate and locale that has no interest whatsoever in being hospitable.

The soil itself is schist baking in 100° degrees Fahrenheit (38° Celsius) during the dry summer months.

But if there’s anything we’ve learned about grapevines over the centuries, it’s that they thrive on neglect. And in Douro, that neglect has led to over 50 grape varieties that are permitted in Port wine!

So it’s no surprise that Port comes in a variety of styles, that each has its aromas, flavors, and winemaking rules.

Much like Sherry, Port is one of those wines that has enough variety to satisfy just about any palate.

If you don’t like Tawny because it doesn’t have enough fruit, try a Ruby. If you want something a bit lighter, buy a bottle of White Port.

There are plenty of options when it comes to Port, despite the grapes being grown in an area that would kill just about any other crop.

Looking for more details on Port? Check out our guide!

What sort of Port did you go with for the challenge? Let us know in the comments!